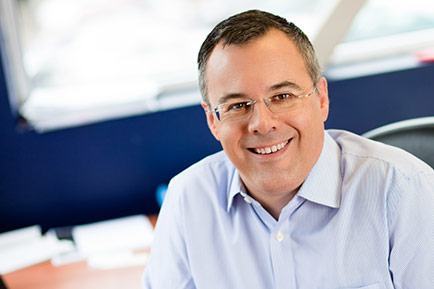 Dr. Marchand co-founded Service d’Expertise en Matériaux (S.E.M.) Inc. in 1989 and SIMCO Technologies Inc. in 1997. He is an internationally recognized expert in concrete mixture design, degradation mechanism analysis and durability modeling of concrete infrastructure. From 1992 to 2012, Dr. Marchand has led a productive academic career, as a tenured Professor for the Department of Civil Engineering at Laval University, during which he also held a Canada Research Chair and a NSERC Industrial Research Chair. As principal officer of SIMCO, Dr. Marchand heads the strategic initiatives of the organization and is responsible for negotiating alliances with key partners.

Dr. Marchand has been called in as an expert consultant for many private and public organizations in North America and abroad. For over 25 years, Dr. Marchand’s expertise has been called upon by owners and managers of large inventories of concrete structures as well as leading engineering firms involved in the design and maintenance of concrete infrastructure.

Dr. Marchand was also called in as an expert for the offices of the Auditor General of Quebec, Ontario, Alberta and Canada. His expert services were also retained by the Department of Defense of the United States, including the Naval Engineering Services Center of the U.S. Navy. Since 2010, Dr. Marchand is Principal Consultant for the Port of Rotterdam for the maintenance and preservation of its marine structures.

Dr. Marchand was appointed as the Principal Expert and Co-Chair in the Commission’s team of experts during the public inquiry into the collapse of de la Concorde overpass in Laval, Quebec, from 2006 to 2008. He was also the principal witness and expert for the coroner, during the public investigation of the collapse of du Souvenir overpass in Laval, Quebec from 2002 to 2003.

Dr. Marchand is regularly retained as an expert by many law firms and insurance companies in litigation cases relating to construction defects and premature deterioration or failure of structures.

In 2008, the American Concrete Institute awarded Dr. Marchand with an ACI fellowship.

In 2005, Dr. Marchand received the Steacie Scholarship for outstanding achievement in research. This scholarship is awarded once a year by the Natural Science and Engineering Research Council of Canada to promising young researchers coming from all fields of science and engineering.

In 2003, the Alumni Association of Laval University awarded him the Raymond Blais Medal, marking the outstanding success and emergence of young graduates of the university.

In 2000, Dr. Marchand received the Robert L’Hermite Medal from the International Union of Laboratories and Experts in Construction Materials, Systems and Structures (RILEM), awarded to the best young researcher working in the field of research on construction materials.

Dr. Marchand is the author or coauthor of over 170 peer-reviewed scientific publications and is regularly invited by research groups, universities, companies, and industrial groups around the world to act as a durability expert consultant.